Nukeni, which publishes international price comparisons of gadgets, surveyed the launch prices in different countries for Apple's new MacBook Pro, which was announced on January 17, 2023.

The price survey results show that the new MacBook Pro has increased in 27 of 37 countries, confirming the situation of continued global inflation in Apple products since the iPhone 14.

The chart below compares the launch prices of the new and old 14-inch MacBook Pro entry models: prices increased in 27 countries, while seven countries, including the U.S., maintained their prices. Price reductions were implemented in Singapore, Mexico, and Brazil.

* Prices are in local currency. 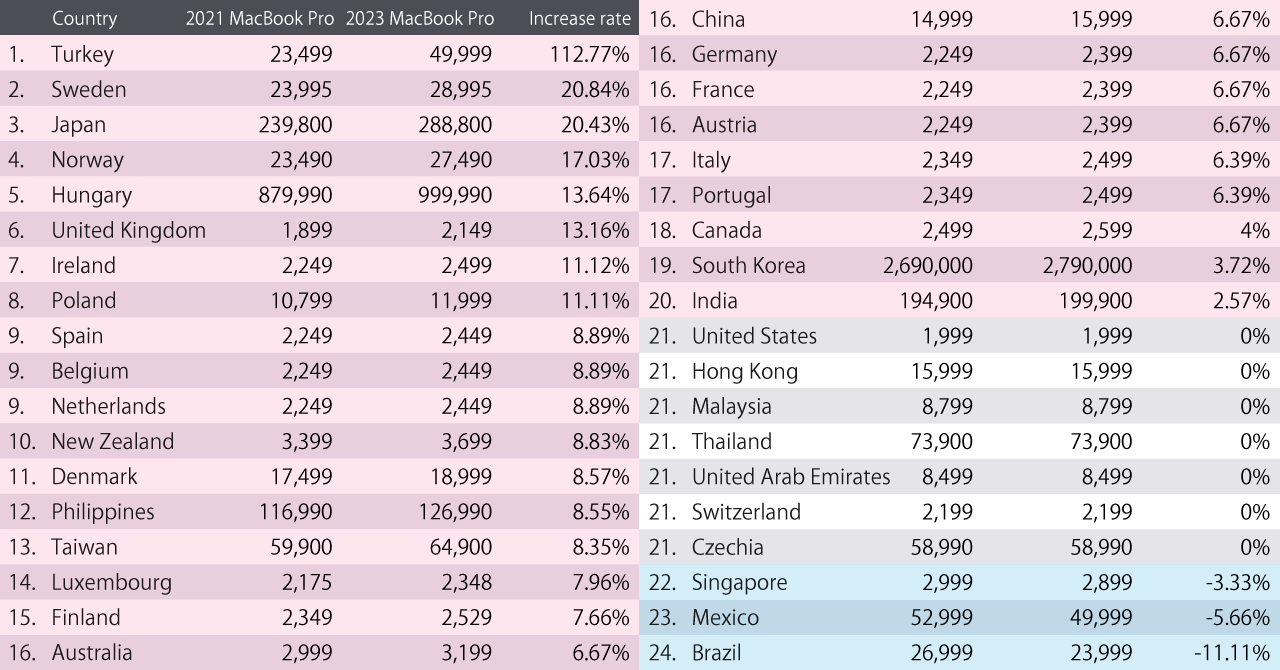 The iPad 10 was launched on October 26, 2022, with price increases in all countries. This is a price comparison of the iPad 9 and iPad 10 entry models. 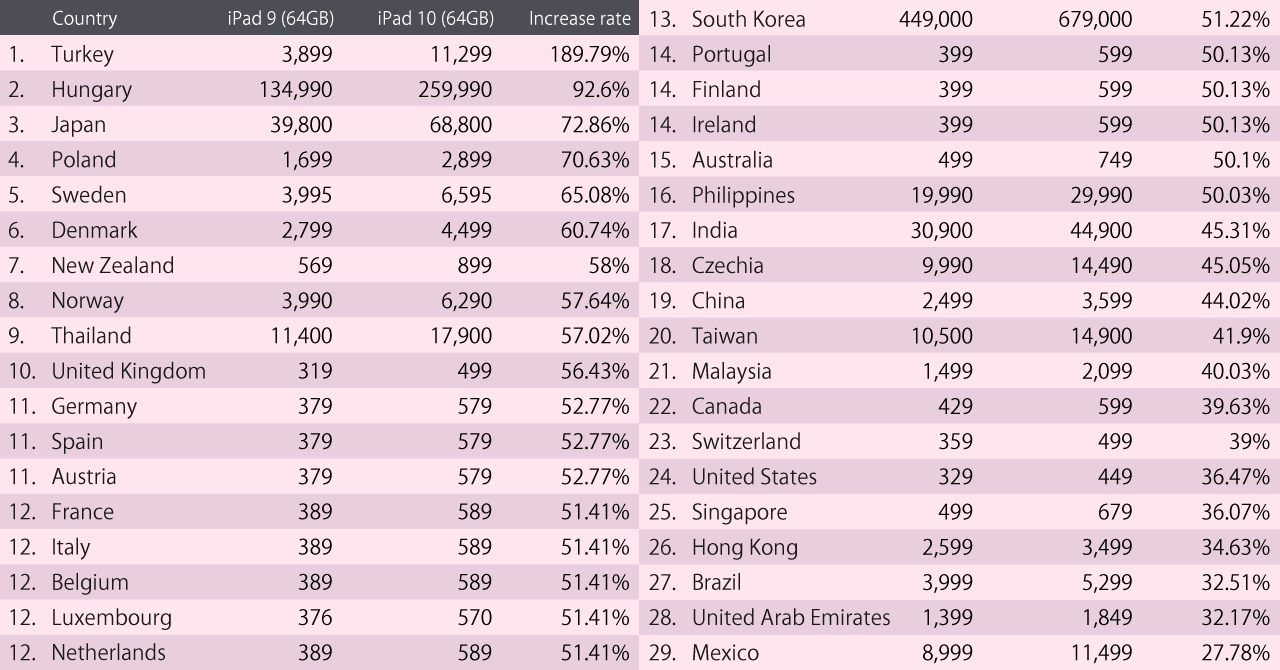 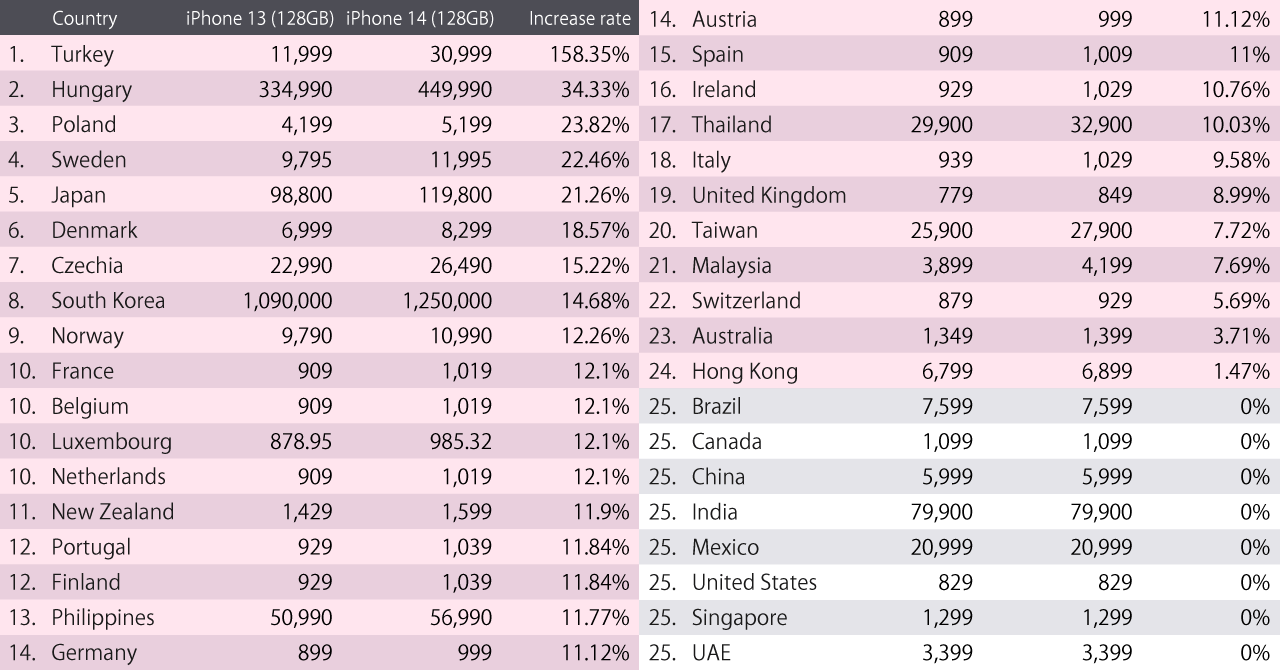 The iPhone 13 was launched on September 24, 2021, and the price was raised in only three countries. This is a price comparison of the iPhone 12 and iPhone 13 entry models. Until iPhone 13, iPhones were also sold in Russia. 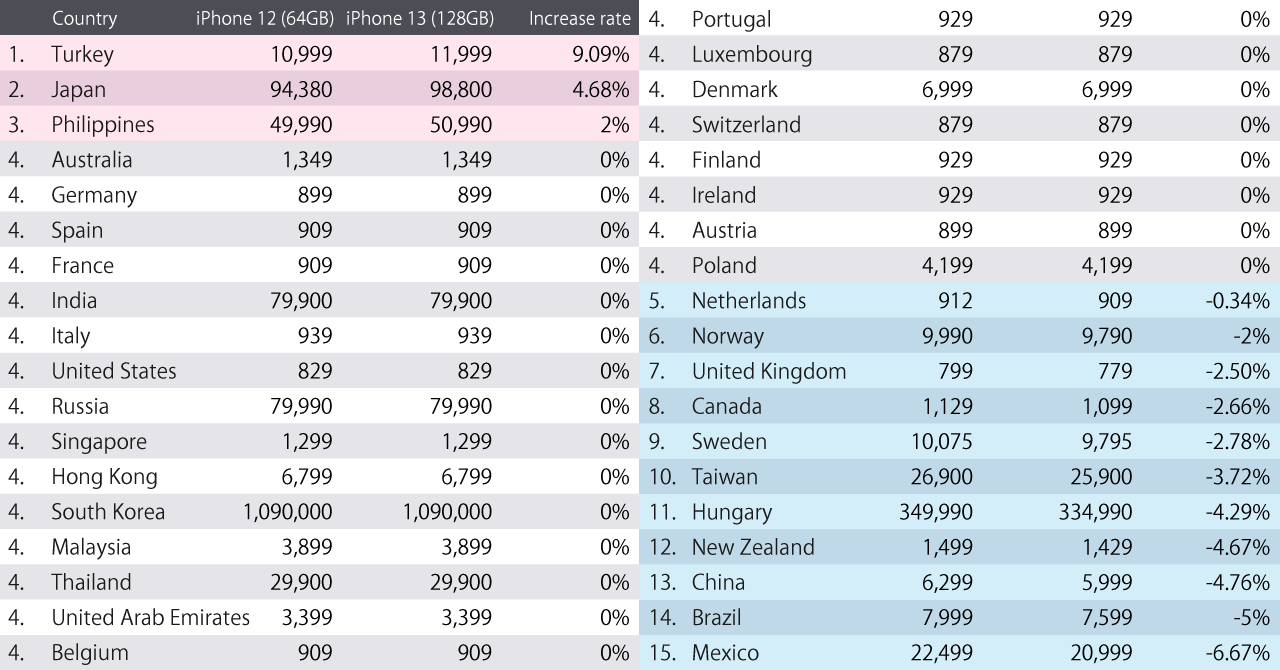 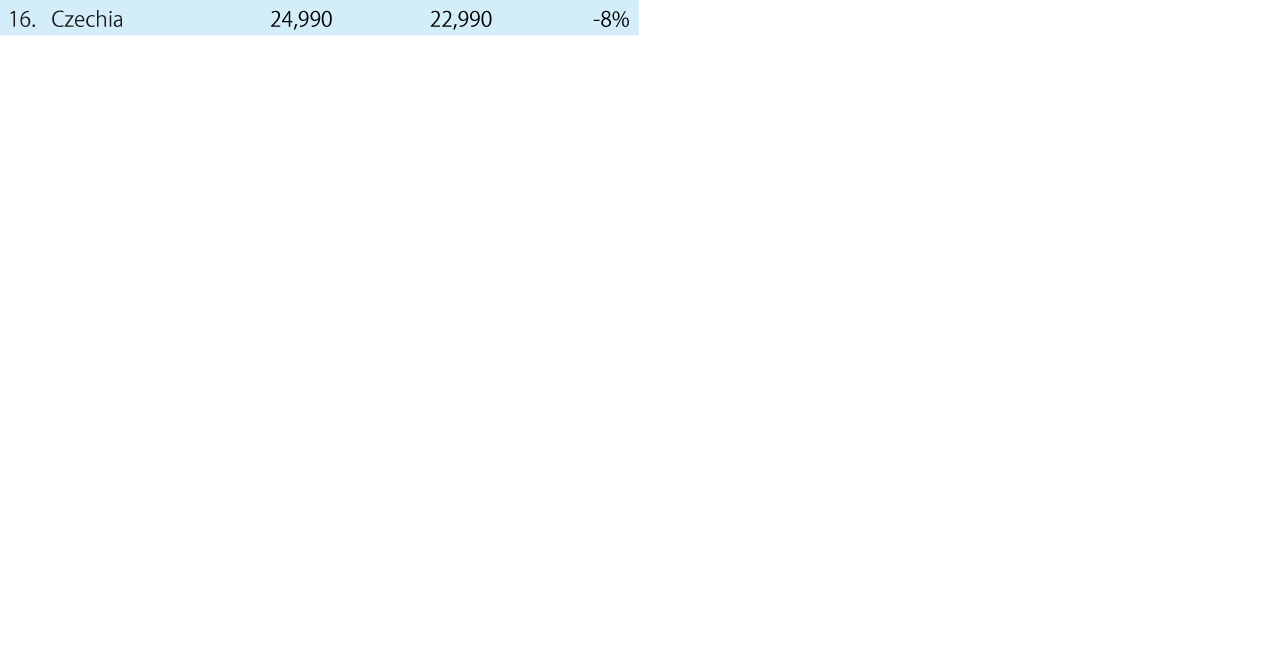 This global inflation of Apple products seems to be mainly due to the strong dollar, as several products in the U.S. have maintained their prices.

Turkey has more than doubled its prices for each product since the iPhone 14, and I surmise that this is due to the economic crisis caused by the depreciation of the Turkish lira.

The content and images on this page may be freely used provided that https://www.nukeni.com is clearly identified as the source of the quotation.